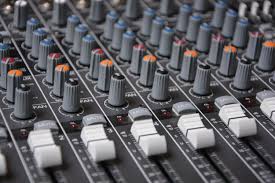 The first part of the MMA establishes a Mechanical Licensing Collective (“MLC”) to be created by copyright owners designated by the Register of Copyrights within 90 calendar days after the enactment date. The MLC is meant to carry out the responsibilities under the Music Licensing Modernization including, among others, the administration of blanket licenses and the collection and distribution of royalties. On December 21, the U.S. Copyright Office issued guidelines for submitting applications. The Copyright Office has a deadline of July 8, 2019 to “select an applicant group.” The MLC will consist of ten voting representatives of music publishers, four voting members of professional songwriters, one voting representative of the nonprofit trade association of music publishers that represent the greatest percentage of the licensor market for uses of musical works, one nonvoting representative of the digital licensing coordinator, and one nonvoting representative of a nationally recognized nonprofit trade association whose primary mission is advocacy on behalf of songwriters. The competition over who should sit on the collective is gaining traction as the deadline nears. Groups such as the National Music Publishers Association, the Nashville Songwriters Association International, and the Songwriters of North America have organized a nominating committee for member suggestions. Other organizations have launched websites to put together their own boards. The influence of those organizations that gain membership to the board will be broadened by their responsibilities and implementation of the MMA.

The second part of the MMA, CLASSICS, provides the receipt of royalties to rights owners for songs recorded before 1972 “included in any license agreement voluntarily negotiated at any time between the rights owner and the entity performing the sound recording.” The CLASSICS Act is meant to provide Federal protection to digital audio transmitted prior to 1972.

The third portion of the MMA, AMP, establishes a legal procedure for producers and engineers to “collect royalties directly from SoundExchange, rather than from the artist in question.” Although this is only a high-level overview of the main issues addressed in the Act, others are not mentioned here.

The MMA is the most recent major modernization to copyright laws in the U.S. and will positively influence the future of streaming.

Amber Razzano is a second-year law student at Wake Forest University School of Law. She holds a Master of International Business and a Bachelor of Arts in Business Administration – Marketing from the University of Florida. Her practice area interests include corporate, labor and employment, intellectual property, and real estate.