Measured drawing of the First Bank from the Historic American Buildings Survey.

The secret is out; Blockchain, an emerging data recording technology introduced by the cryptocurrency Bitcoin, has burst onto the forefront of the FinTech scene and is here to stay.  The topic took center stage during the FinTech panel from JBIPL’s 2017 Symposium.  The panel members discussed the broad-based usages of Blockchain as well as some of the legal implications challenging the finance and banking industries without getting too much into the details. END_OF_DOCUMENT_TOKEN_TO_BE_REPLACED

As part of the Wake Forest Journal of Business and Intellectual Property’s Symposium this year on Banking Law, student Mark Huffman moderated a panel discussion on Consumer Banking. The panel consisted of two speakers, one a practicing attorney and the other an actor in the public sector. The panel discussed the success of the Consumer Financial Protection Bureau (“CFPB”), its failings, and the CFPB’s future in the weeks following President Trump’s taking office. The panel also took questions on litigation surrounding predatory lending and consumer protection lawsuits. Finally, the panel addressed Dodd Frank, the importance of state involvement in ensuring the vitality of the United States financial market, and how the efforts of the State are changing under a new administration. END_OF_DOCUMENT_TOKEN_TO_BE_REPLACED

FinTech: The Big Buzz in Law, Regulation, and Business

The FinTech panel from JBIPL’s 2017 Symposium consisted of four impressive panelists, two of which, the moderator noted, are national experts on the law relating to FinTech.  The discussion answered the question of what is FinTech and some of the controversies and concerns relating to FinTech. Put simply, FinTech is the automation of finance.  The panelists elaborated on this through three dimensions of FinTech: (1) The cognitive business, self-learning algorithms, (2) the Blockchain infrastructure, and (3)  how all of these different technology developments come together. END_OF_DOCUMENT_TOKEN_TO_BE_REPLACED

“Technology is value neutral, and it’s all about how it’s used.” FinTech panelist and Texas attorney, Erin Fonté, expressed her insight on the growing age of technology and its impact in the legal arena.  The Stanford Law 2002 graduate always knew she wanted to focus on technology, along with her interest for policy and regulations.  Fonté has based her practice on helping clients with general banking questions and online/mobile fintech startups, not to mention helping retail clients like Whataburger with their innovative app to introduce mobile payment and loyalty/rewards features.  Fonté’s work has her constantly learning about technological developments like block chain technology to keep up with the quickly-changing and evolving banking and financial technology space. END_OF_DOCUMENT_TOKEN_TO_BE_REPLACED

On Friday, February 10, Wake Forest School of Law hosted the Journal of Intellectual Property and Business Law’s Symposium on Banking Law: Current and Future Issues. One of the several panel discussions was entitled, “Life of an In-House Counsel.”

The Panel’s discussion largely centered on the effects of the Dodd-Frank Act and other regulations on their day-in, day-out jobs and lives. All involved generally viewed the Dodd-Frank act as cumbersome and superfluous. One panelist noted that the legislation includes provisions that merely codified existing practices but required hundreds of pages of additional paperwork and red tape that clients likely would not read because it already existed in other forms and formats. While the panelist noted that a positive impact of Dodd-Frank was that it led to more transparency and more information, he was not confident that all the additional information was necessary or helpful. END_OF_DOCUMENT_TOKEN_TO_BE_REPLACED

On February 10, 2017, the Wake Forest Journal of Business and Intellectual Property Law (“JBIPL”) hosted its Spring Symposium: Banking Law: Current and Future Issues. JBIPL’s Zack Young had the opportunity to sit down with Arthur Wilmarth, a Professor of Law at George Washington University Law School and one of the panelists on the Community Banking Panel, to discuss some of his insights on community banking and banking law in general. END_OF_DOCUMENT_TOKEN_TO_BE_REPLACED

Panel on Consumer Protection: The Future under the Trump Administration

The Survival of Community Banking 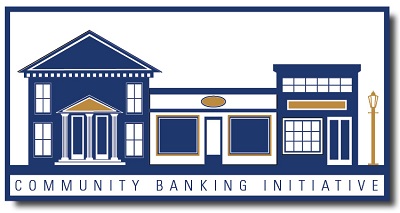 Life of an In-House Counsel. . . In a Heavily Regulated Field

The panel for the “Life of an In-House Counsel” session at this year’s Banking Law Symposium featured practitioners from Bank of America and Wells Fargo. The panelists wanted the session to be interactive and encouraged the audience to ask questions throughout. That tactic did allow for the other attorneys in the room not only to ask questions but to offer sympathy for the role the panelists have daily. In their role as in-house attorneys, truly they have become counselors on how to comply with the law rather than advocating for their institutions’ interest regarding the law. As one panelist put it, sometimes the job requires convincing your client to “just get to the business of complying.” This angle comes about because clients do not understand the different rules or regulating bodies. Requirements vary from one department of the bank to the next. For example, one panelist who works within the cyber security and information security side of banking finds regulations stemming from The Department of Homeland Security and the FBI as a priority over common banking regulators. END_OF_DOCUMENT_TOKEN_TO_BE_REPLACED

Cybersecurity is an evolving and growing field, and one full of unknowns.  Panelists discussed cybersecurity, cyber incidents, and cybersecurity breaches at the Cyber Security Panel during the 2017 JBIPL Banking Law: Current and Future Issues Symposium.

For breaches, it is often not a question of whether, but when, a breach will happen. Breaches can take multiple forms.  They may be caused by hactivists, state sponsored theft, cyberterrorism, or could also be caused by malicious insiders.  Additionally, breaches could be caused by something as simple as a self-populating email header or by sending your files to an unintended recipient. END_OF_DOCUMENT_TOKEN_TO_BE_REPLACED