The European Union’s Animosity Toward Google

Soon, there may be an exile of American tech companies in the European Union (“EU”). After a record 4.34-billion euro ($5 billion USD) fine imposed by EU antitrust regulators, Google has initiated an appeal claiming its Android mobile operating system did not stifle its rivals.

The appeal, filed with the General Court of the EU, comes after the European Commission claims the tech giant abused its market dominance since 2011. According to Reuters reporter Foo Yun Chee, “EU competition enforcers had said Google’s illegal practices included forcing [smartphone] manufacturers to pre-install Google Search and its Chrome browser together with its Google Play app store on their Android devices, . . . [and] also paid manufacturers to pre-install only Google Search and blocked them from using rival Android systems.”  END_OF_DOCUMENT_TOKEN_TO_BE_REPLACED

The Plaintiff, ABS Entertainment, Inc. (“ABS”), attempted to file its digital remasters of several pre-1972 analog recordings as new copyrights. CBS Corporation and its affiliates (“CBS”) played ABS’ remastered songs on its radio and internet streams without ABS’ permission.  CBS paid royalties to the owner of the song rather than ABS and paid a license fee to Sound Exchange as required by the Sound Recording Act (the “Act”). ABS sued CBS alleging it was “publicly performing pre-1972 songs in violation of California state law.”

Board of Director Compensation, Fixed by Directors, Is Presumed Fair Under Chapter 55 Amendments Pursuant to Followed Requirements

In light of the news regarding Apple and Amazon’s new headquarters, the North Carolina General Assembly is taking steps to compete with other states for attracting these opportunities and additional corporate businesses. The North Carolina Business Corporation Act (“NCBCA”), codified in Chapter 55 of the North Carolina General Statutes, will take effect on October 1, 2018 (the “Act”). The 2018 amendments to the Act are consistent with changes made to the Model Business Corporation Act (the “MBCA”) and changes to state laws in other jurisdictions. The amendments to the Act cover nine principal topics, including changes that automatically affect the Board of Directors and Officers of public corporations. END_OF_DOCUMENT_TOKEN_TO_BE_REPLACED

Federal Drone Program Coming to an Airspace Near You

Last October, the White House announced plans to “Make American Aviation Great Again” through a drone integration program to be run by the Department of Transportation (DOT). Officially dubbed the “Unmanned Aircraft Systems (UAS) Integration Pilot Program,” the program is described as “an opportunity for state, local, and tribal governments to partner with private sector entities, such as UAS operators or manufacturers, to accelerate safe UAS integration.”

The primary purpose of the Program is to improve airspace safety by updating outdated aviation regulations, while also identifying low-altitude airspace interests given the increasing number of drones – the more commonly used term for UAS – in operation. Beyond safety, however, the DOT believes the program could also create opportunities for commerce in industries like photography, emergency management, public safety, agriculture, and beyond. The selected participants will work with the DOT to collect drone data over the next two to three years related to: night flights, flights over people, flights beyond the pilot’s line of sight, package delivery, detect-and-avoid technology, and reliability and security of data links between pilot and aircraft. END_OF_DOCUMENT_TOKEN_TO_BE_REPLACED

Copyright laws may be getting a major overhaul soon. On June 28, 2018, the Senate Judiciary Committee approved a revised and amended version of the Music Modernization Act. The Act, if passed, will likely bring about the most dramatic changes to U.S. music copyright law since the Copyright Act of 1976. The House of Representatives already passed the bill in April 2018, so passage by the full Senate is the last big step before it lands on the president’s desk.  END_OF_DOCUMENT_TOKEN_TO_BE_REPLACED

Click. Even after the warning, you just can’t help yourself. You’ve opened the email from an unfamiliar web address, and boom! In just seconds, there goes all your data, and worse – all of your firm’s and clients’ data too.

Cyberattacks and data breaches are too often making headlines and creating headaches in today’s tech-reliant world. But how can individuals and firms protect themselves if and when they befall victim to such a breach?

Enter cyber insurance: a type of general insurance that covers “internet-based liability and risks,” developed with the intention to help entities “recover from a data breach or identity theft by mitigating all the costs that crop up in the aftermath.” Though most companies have been covered by some form of cyber protection under existing general or professional liability insurance policies,stand-alone cyber policies are relatively new to the market and have only been available for a little over a decade.  END_OF_DOCUMENT_TOKEN_TO_BE_REPLACED

What’s the difference between blocking and muting someone on Twitter, and does it really matter? More importantly, who owns a social media profile? The users that create and run the page or the social media company that runs the platform?  END_OF_DOCUMENT_TOKEN_TO_BE_REPLACED

Don’t Pay the Tool: Artificial Intelligence is a Creative Tool, Not a Creative Entity

In the past decade, Artificial Intelligence (A.I.) has been used to create artistic works as well as news articles. For example, A.I. has created works which can imitate famous artists such as Rembrandt van Rijn, as well as generating articles for newspapers like The Washington Post. These recent innovations have led some people to ask whether A.I. should be eligible to receive a copyright for its creations. Current Copyright Law does not classify A.I. works as copyrightable creations, however, A.I. might one day achieve a level of intelligence to warrant such accreditation to be protected under United States Copyright Laws.

Since 1973, it has been the official policy of the United States Copyright Office to deny any copyright claims if the work was not created by a human being. In fact, The Compendium of U.S. Copyright Office Practices states that in order for a work to be eligible for copyright protection, it must be “created by a human being.” In one instance, the 9th Circuit Court of Appeals seems supported the requirement that a human must be the creator for a work to receive copyright protection. In the case Naruto v. Slader, the court denied the monkey, Naruto, standing to bring an action under the Copyright Act. This holding from one of the primary goalsof Intellectual Property Law: to benefit society by incentivizing innovation by allowing creators and innovators the right to profit from their creations for a set period. END_OF_DOCUMENT_TOKEN_TO_BE_REPLACED

On Monday, July 9, President Trump announced his nominee to replace retiring Supreme Court Justice Anthony Kennedy. The nominee, the Honorable Brett Kavanaugh, has served as a federal appeals court judge since his appointment by President George W. Bush in 2006. In that time, Judge Kavanaugh has “written almost 300 opinions.” Among those opinions are several involving both business law and intellectual property law.

On the business end of things, Kavanaugh has consistently ruled in favor of businesses in pivotal cases. For example, in Verizon New England Inc. v. NLRB, Kavanaugh wrote the majority opinion overruling the National Labor Relations Board’s (“NLRB”) decision in favor of an employees’ union. Instead, the Court determined that the union had violated a collective bargaining agreement with Verizon by “displaying pro-union signs in their vehicles.” On the whole “Kavanaugh is considered pragmatic.” The biggest business law and telecom related case which may come before the High Court is determining “whether a proposed nationwide class of consumers can sue Apple, Inc. for allegedly monopolizing the iPhone app market.” The lower court has already granted the plaintiffs standing on the anti-trust claims, whether Kavanaugh would choose to overrule that determination is unclear. END_OF_DOCUMENT_TOKEN_TO_BE_REPLACED

Who has the Power? 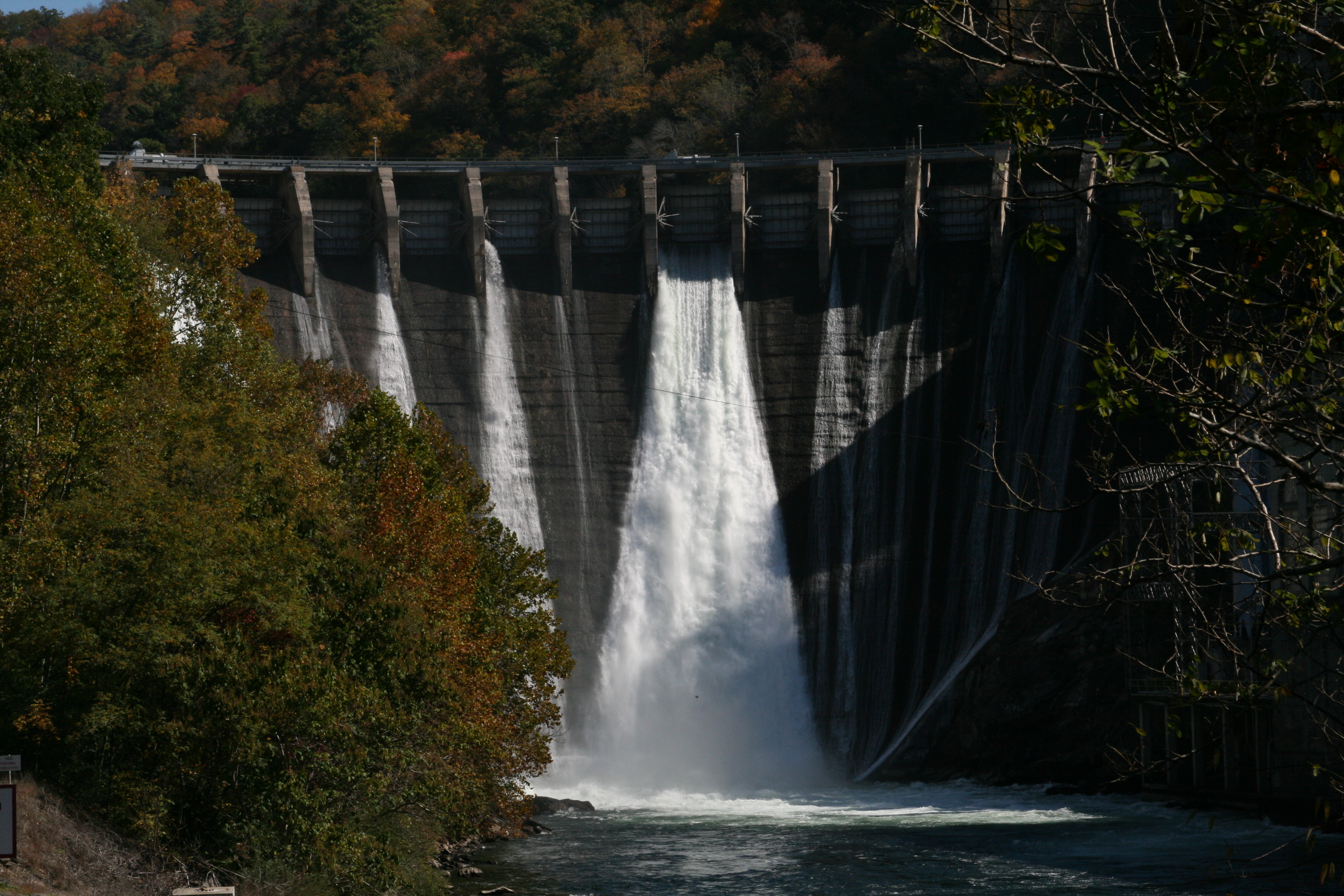 With growing environmental awareness, more technology is being developed to harness what at one time would have been considered a useless commodity. Renewable energy in the form of solar power and wind power have been at the forefront of technological advancement. While water has always been an essential resource, updates to age-old methods of utilizing falling water have revolutionized hydropower.

Hydropower operates by capturing the kinetic energy of falling water passing through a dam to generate electricity by utilizing a turbine to transfer the kinetic energy into mechanical, then into electrical via a generator. The amount of electricity a hydropower plant can generate is directly related to the volume and distance the water falls. The further the water falls and the greater volume of water that passes through the turbine the more electricitycan be generated. As hydropower’s popularity as a reliable and renewable form of energy increases, the updates and new technology associated with hydropower raises questions of ownership which ultimately results in delays of licensing and regulatory approval of hydropower facilities. END_OF_DOCUMENT_TOKEN_TO_BE_REPLACED